We waited three months before recording (well, it felt like three months) an Oktoberfest episode, and here we are!  Mike and Steve watched “Fun On a Bun” (S7E08) and talked about Oktoberfest (naturally), the Wilhelm Scream, and other random bits of trivia.  Definitely one of our shortest episodes of late – but that just makes it easier for you to listen and move on to the next episode!

Mike and Steve are finally back together for another podcast – the last one for 2012!  What a fitting time to cover off the Season 2 episode, “Xmas Story”.  Tons of great discussion points including The Gift of the Magi, the origins of Santa Claus, and episode highlights!

The Gasoline Bros – Hungover Boxing Day
Laura Vane & The Vipertones – Christmas Day With Me
Both songs come from the “Christmas Candy from the Netherlands” album available on FreeMusicArchive.org.

Mike is out of the country (on a secret spy mission, maybe?), but that hasn’t stopped Steve from pulling previously unheard audio from Episode 11 and making a brand new episode!  Sit down, re-watch “War is the H-Word”, and listen to Episode 11 again, and enjoy some of the funnier discussions that had to be cut out of the last episode of Futurama Pedia!

Mike & Steve discuss the Season 2 episode “War Is the H-Word”, as well as all things Zapp Brannigan!  There was a lot to go over in today’s episode, so you get a bonus 20 minutes!  The 5% military discount does not apply, however.  Enjoy! 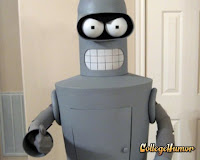 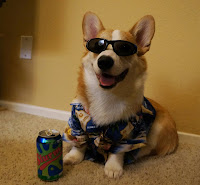 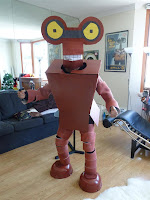 Mike and Steve FINALLY watch a Season 6 episode – chosen by rolling a pair of dice!  The selected episode was the eighth episode of season 6, “Yo Leela Leela”.  Minimal audio clips from the episode in this one, as our viewing copy was on Blu-Ray, and Steve’s computer doesn’t have a Blu-Ray player with which to capture audio.  Nevertheless, it was a good time had by all!

Want us to watch a particular episode?  Send suggestions to FuturamaPedia@outlook.com!

Mike and Steve break out the big words (anybody wanna talk about dichotomies? You got the right podcast about Futurama!) after watching the Episode 21 of Season 3, “Future Stock”.  Topics of discussion include the possible robo-apocolypse, as well as the 2012 re-packaging of the first four DVD volumes.

Mike’s on vacation, so Steve filled in by himself.  The result?  A really pathetic podcast…but don’t worry, it’s not 30 minutes long.  It’s more of a filler episode, but there’s still some neat information contained inside.  Have a listen!

Mike & Steve take advantage of the 2012 London Summer Games to talk about the Season 4 episode “Bend Her”.  Please excuse any audio issues – we’re still fiddling with the levels on our new sound mixing board.

The Fry Meme (Know Your Meme)

Featured Music in the podcast:
Brave Combo – The Hokey Pokey

Mike and Steve talk about a double-feature of episodes: season 3’s “The Day the Earth Stood Stupid” and season 4’s “The Why of Fry”.  They take a look at the reason for Futurama’s existence, and ALL GLORY TO THE HYPNOTOAD!

Mike and Steve have Blernsball fever and aren’t afraid to spread it!  Join the boys as they try to nail down the rules of the game, discuss the mandatory use of steroids, and talk about the Season 3 episode “A Leela Of Her Own”.